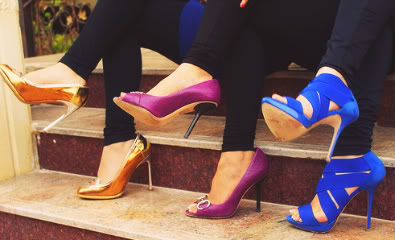 Indefinite Protected posts period.
Well, most posts will be.

Comment to be added.
All comments will be screened. ♥

Currently brain munching on this short piece of thought here.

Do you want me to tell you something really subversive? Love is everything it's cracked up to be. That's why people are so cynical about it.

Maybe someday.  When I'm ready.  I'm not so cynical that I'm closed to this.

"Burroughs said: this is the magical universe."

Nothing happens unless someone wills it.

if someone reaches out to me like this, i'll be sure to think about the Golden Rule.

Getting in touch with people who do not want anything to do with you reinforces the following things in their mind about you:So... you know... They're the ones who walked away.  Resilience is key here.  If they want to talk to you, let them put in the effort.  If you do it, they're just going to think less of you.

Come to think of it, if these people are like that, then you're better off w/o them after all.

The only thing left to say is that his life is complete.

There aren't words for grief, really.  Only processing.

Hawkeye: Are you alright, sir?
Roy: I'm fine. Looks like it's starting to rain.
Hawkeye: But it's not raining.
Roy: Yes it is. This is rain.
Hawkeye: ...Yes sir. Let's get back. It's getting cold out here.

i.
I couldn't sleep last night.  As comfortable as I was on that velvety, soft surface, I couldn't sleep.  So I looked to my right, and watched the reddish purple sky deep in the middle of the night.  The city lights have always had that sort of artificial yet beautiful effect on the sky.

I listened to the rustling leaves of the trees.

I love the silence.
Such a sound seems a little paradoxical in a city so busy.

ii.
Tonight, I sleep to the sound of hardened water plinking against my glass windows.


iii.
But first, I will finish re-reading Sailor Moon.

No, the tsunami & earthquake in Japan aren't paybacks for Pearl Harbor.

In that foolish mindset, 9/11 was payback for:

- Getting involved in the Israeli/Palestine mess
- the Gulf War
- Vietnam War
- the Cold War
- bombing Hiroshima
- for not minding our own business and messing with other countries for our own interests
- U.S. corporate greed bleeding out internationally
- living in excess
- for not being a "more Christian" nation
- etcete-fucking-ra

PEOPLE, HAVE COMPASSION AND SHUT. UP.  I cannot believe some of you passed your junior high and high school history classes with all of that dumb flying out of your mouths.

I can't even right now. I CANNOT. >=O  >=O  Y'all saying such dumb things are terrible people.

Magnitude of the earthquake, as documented on Wikipedia: 7.  My family and I were lucky.

It was with this memory that I watched the news about Japan unfold.  I felt my stomach cave in.

Mother Nature always has the final say.  Two days ago, she shook our world again by stomping and raging at a magnitude of 8.9.  The devastation as reported on the news, in my Twitter news feed reduced me to a bumbling mess of tears and snot.  I was terrified when I was 5 years old and I am too familiar with that feeling of fear that pervaded in Japan.  The after-effects of the tragedy could have rippled across the western coast of the United States and South America and they didn't.

The problem-solver logic kicked in and thought about the parameters of the situation.  Data, quantitative considerations come second nature. But in the face of these: I send my positive thoughts out: one, for Japan and her countrymen's resilience and strength; two, for Hawaii and its residents, in gratitude that they were spared.

Can we stop being angry at each other?

I'm not an angry person and it feels really good to not be angry.

Let's not be angry.  No negativity in heart and mind, no suffering.  This won't happen in my lifetime, but I will never stop hoping for it.

Also, Gadhafi?  Instead of the forces of weaponry, I would like psychiatric medication to be delivered to you, along with food and other aid to the people of your beloved Libya.  I think you are very sick and that you condone the killing of your citizens for the sake of staying in power is also very sick.

$3.85 in CA.  Enough said.  All of the madness stop. Right now. Geez, it's affecting everyone in the world whether they're aware of things or not.
Collapse